Who can administer Botox in Florida?

Botox and Fillers for the Holidays 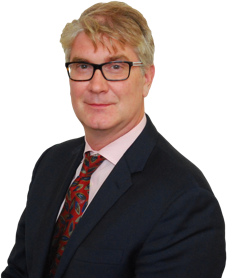 We hope you’ll enjoy and benefit from the following pieces:

Ronnie Wilson:
Okay, so the question that was posed is “How long do the typical effects of cosmetic surgery extend?”

Dr. Brian Haas:
I’m glad you asked that, Ronnie, because that is one of the most common questions I get asked. It’s a great question and here’s how I usually answer that. So, first of all, cosmetic surgery doesn’t stop the aging process. I mean that’s pretty self-evident; that’s pretty intuitive for most people. We’re not going to freeze frame you and get a permanent result where you never age again.

What we do is reset the clock. So, if we can reset the clock and take five years or ten years, in some cases, off your appearance – and then the clock starts running again. Think of it this way: you’re always five or ten years ahead of where you would have been if you had done nothing. And that’s the best way to think about it. So the result, in that sense, lasts forever. But we don’t stop the aging process. Yes, in another ten years, you may have some puffiness again, you may have some wrinkles again around the eyes. But guess what? You’ll be ten years older at that point and, at that point, that may still look great on you. Will you need more surgery? You might. You may want more surgery – you might. But, then again, you might not. You might say, “Hey, now that I’m sixty or seventy, that looks great on me.” So that’s the way I answer that question because that makes the most amount of sense.

Patients can understand that; it makes sense to them that, Hey, we’re resetting a clock and and the reason why cosmetic surgery – so we talked about the most common procedures and we talked about the fact that Botox and fillers are the two most common cosmetic procedures in the world. The most common cosmetic surgery in the world is blepharoplasty. Blepharoplasty … breast implants are very close … you know, different roles, different results. But the reason why blepharoplasty is the most common facial cosmetic surgery on planet Earth is because the tissue – we talked about the eyelid tissues – they are thin: the skin of the eyelid is the thinnest skin on the human body, second to none. You have seven tissue planes and two millimeters of thickness. They’re subject to motion, blinking, squeezing, swelling – from allergies or irritants – rubbing. All those factors: thin very diaphanous, very delicate tissues around the eyes age faster than the rest of the face in most people – not everyone, but in most people.

So in most people, after the age of forty, there’s a disconnect in terms of the appearance of the rest of their face and the appearance of their eyes. Their eyes are aging faster than the rest of their face and that’s why cosmetic blepharoplasty is often the first and – some … in many many many cases, the only cosmetic procedure someone ever would choose to have or would need in their lifetime. So, we were talking about a patient that you know well, sitting right there and, in his case, his face is not aged. It looks good for his age; but the eyelids are aged out of proportion. This is a typical problem we see in men and women – and a good “forelid” blepharoplasty will reset the appearance of the eyelids, reset the clock – if you will – around the eyes, match it to the rest of the face. And that person we talked about will probably never need another surgery again for the rest of their lives – as long as they control other things like allergies, if they have chronic allergies. If they have chronic puffy eyelids, the most common cause might be chronic exposure to allergens over the years. So, what I tell people is that accelerated the aging around your eyes. Well, you know, we’re not going to stop that. So when we reset the clock, make sure you get under good allergy control too because we don’t want something accelerating the aging after we’ve gone to the trouble and expense of fixing it! Make sense?

Ronnie Wilson, founder of People I Love, penned the following:

My work world has afforded me wonderful opportunities to interview many experts in their fields – and Dr. Brian Haas stands easily and clearly as one such expert and world class provider in the arena of ophthalmology.

Dr. Haas’ elite ophthalmology training, opportunities of service and training provided to other eye doctors – both during years in the Navy as well as in private practice – and his overall volume and scope of both common and severely challenging cases uber-elevate him in his field.

Dr. Haas also stands out because of his excellence in the areas of functional eyelid surgery and cosmetic eyelid surgery. Blepharoplasty has been common practice for Dr. Haas across more than three decades – but, though these surgeries have remained COMMON in his practice, Dr. Haas’ surgical hands consistently yield UNCOMMONLY terrific results for his patients, male and female alike. (Both men and women constantly attest to the difference he has made in their lives.) His unique skillsets are the reason many have, for years, called him “THE Orlando Eye Doctor.”

In Orange County and in the neighboring counties, you hear people mention “that Orlando Ophthalmologist” or “the Orlando eyelid surgeon” or “the eyelid surgery guy” — and the reference is typically to Dr. Haas.

Dr. Haas also specializes in the areas of Botox and other fillers: Juvederm, Voluma, Xeomin, Radiesse, and more. He’s mastered the best array of fillers available in order to deliver the same excellence in that area that he does to cataract surgery and eyelid surgery.

I think the plan is to pour out various video snippets from our original long interviews – and, hopefully, everyone will find each short video compelling enough to capture and hold your attention while being succinct enough to make it a quick watch! His VERY APPARENT expertise will drip from each and every segment!!!! (No kidding.) And, as I’ve witnessed many episodes of Dr. Haas’ interaction with his patients, I’ve realized this CRITICAL PIECE FOR ALL CARE PROVIDERS: while his cataract care, eyelid surgeries, fillers, and more always brim with excellence in quality, his care for, interaction with, and attention to EACH person he serves brims equally with excellence. If you’re anywhere near the Orlando area and need anything from routine eye care to glasses to minor surgery to major surgery, you can’t make a more worthy call than to Dr. Haas and the staff at boutiqueeyeorlando.com.